MMEB are very sorry about the necessity of postponing gigs in light of recent Coronavirus restrictions. Any news of changed dates will, of course, be posted here as we get news from the band's agent, Alec. Alec and local promoters are working hard to reschedule everything but the most important thing is to keep everyone safe. Wishing everyone well.

Happy birthday and keep on rocking!

Happy birthday to one of my favorite musicians of all time. loved your music my whole life . Think you for all the great music you have made.

Happy Birthday 🎊🎂🎁 Maestro! Greetings from Ukraine! You can’t imagine how many guys learned to play Mini Moog (incl me) following your steps. I’ve been on your concert in Kyiv - it was awesome! You were gracious to play enormous encore (6-7 songs). Thank you for a great music! 👍👌

Happy birthday dear Manfred, all the best and good health!

Happy birthday from Aulendorf, center of the universe!

Happy birthday to the best Bandleader ever !

Happy Birthday and all good wishes, Manfred! ^_^ Thank You so much for all these decades of great music!

Happy birthday, despite the rain, if you celebrate in Skåne!

Happy birthday Mr Lubowitz and thank you for all the music. You have been a huge part of my musical life! X

Congratulation on your birthday young MANN🎼😎🎂🎶🎸

Happy Birthday Youngster, thank you for all the inspiration. From NYC!

Happy birthday Manfred, all the best and the most important: stay healthy! Picture was taken 2019 in Osnabrück.

Happy Birthday Manfred. You are the greatest!!!!

Happy birthday! 🎉 Thanks for all the great music through the years. I hope I will listen to you in a concert again. ❤️

Wishing you the very best for a splendid birthday !

Happy Birthday Manfred & hope your having a great time

Happy birthday Manfred from Bucharest! Wish you a great day and many more years! I remember with great joy the days with you here in Bucharest and the awsome concert!

#MMEB50: Medicine Song / Wounded Knee was released as a single in Germany on this day in 1990.

Manfred recorded his first solo album 'Plain Music' in the late 1980s and early 1990s, basing many of the tracks on songs contained in a book he had bought a number of years earlier (whilst looking for historical background information regarding Geronimo, in relation to the track "Geronimo’s Cadillac"). The book, ‘The Indians Book’ by Natalie Curtis written in 1907, was a songbook of Native American tribal chants.

Incidentally, the book contained no information regarding Geronimo. Manfred used these melodies as the basis for his recordings, initially playing around with a song called "Medicine Song", a traditional Apache song. Anthony Moore (co-producer on 'Angel Station') wrote the lyrics, and "Medicine Song" was one of two tracks selected as singles from the album.

That was a great album. I mean great!!!

Wouldn’t be surprised if this is the scan of my actual copy. That’s what I got my personal Thank You note in Mannthology for 😄

I want to play everywhere , it’s time to get out and have a shout and simply do what we do best .

And Norway in April?

Will there be any UK dates coming up? Please x

One more American tour before I die. Manfred Mann's Earth Band was my very first concert, and have been a huge fan ever since

Any tour dates for Canada...🙏

Would love to get the band to play the Dagenham Roundhouse for one of our reunions for the club as you did play there three times in the 70's ;-)

Hope to see you across the pond later on. EL Paso , Tx.😎

Dates in England/Wales would be great.

Manchester England ...you were my first concert, at the Apollo....please 🙏

Sweet I thought they where gone forever

I had a feeling that when I went to look at tour dates, they weren't going to be in the U.S. Come on, Manny. You've got to get one more in over here!

What about dates in the UK 🇬🇧

It would be a bucket list item to get a lesson on how to play that phaser Rhodes piano part on Blinded by the Light....

Looking forward to Spectrum Club Augsburg where we crossed the road together some years ago. 👏😄

Welcome back on stage ❤️

That’s it. I’m moving to Germany…

#MMEB50: This month in 1978 whilst recording 'Angel Station', in Ireland, Manfred and colleagues undertook a gig at the Wolf Tone Bar in Clonakilty, jamming with local musicians. The gig had been quietly advertised by word of mouth. Manfred, Steve Waller, Geoff Britton and Pat King are all confirmed to have performed from a local press report. Manfred’s Moog was reported to have ‘broken down’ due to a faulty plug during the gig.

Steve Waller was a fantastic guy and musician. Followed him around London and the surrounding area gigs. Very funny man. By coincidence, met him in Dubai where he stayed for a couple of months or so gigging with a band and on his own. Great guy and much missed

Brilliant album 👏 would loved to have been in Clonakilty that night...

Angel Station is hands-down my absolute favorite MMEB lp. EVER.

Why chris thompson left the group…..

Why don’t come never in Italy for a live concert?

One of the most popular _ Vinyl forever! 😎👍

Fantastic album❤️. You angel you, Angels at my gate, Don’ t kill it Carol..... 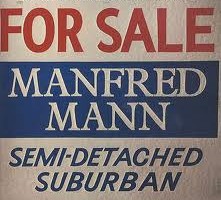 In which Manfred meets a Beatle and learns a lesson about money. The antique harmonium stands in the corner of the room, it is ver... Read more » 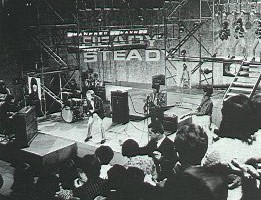 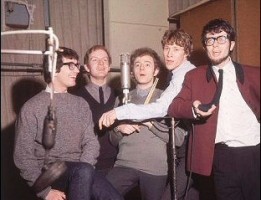 Paul Jones¹ is bleeding, with a broken arm and a damaged lip. I regain consciousness, find that I cannot breathe; I struggle for ... Read more » 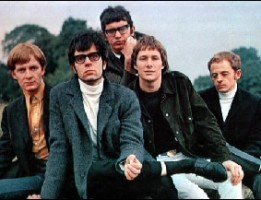 Often at gigs young girls faint with the heat and the crush, and have to be carried out by security people. Their skirts ride up o... Read more » 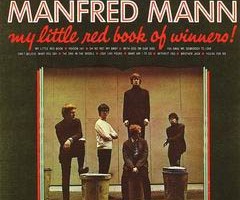 We are asked to perform one of Burt Bacharach’s songs “My Little Red Book” for the upcoming film “What’s New Pus... Read more » 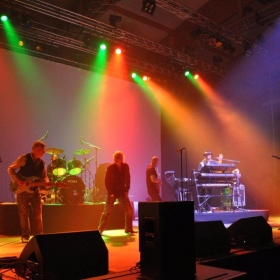 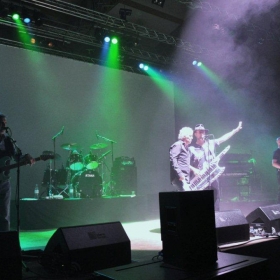 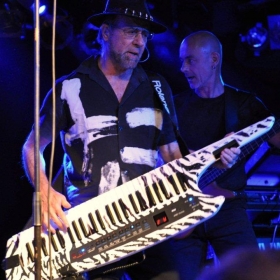 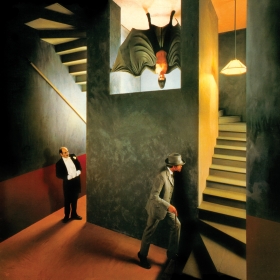