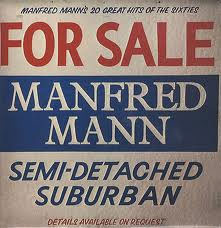 In which Manfred meets a Beatle and learns a lesson about money.

The antique harmonium stands in the corner of the room, it is very attractive looking, made of old wood and some red velvet. It makes a lovely church-y sound, but one has to pump two small pedals to get a sound from it. I like the look of it, I like the sound of it, but I keep forgetting to pedal the thing. I am obviously not adapted to this particular form of multi tasking: it looks classy but it is no longer for me

I enjoyed playing it for a week. It is now just taking up space so I harden my heart, throw out sentiment. The old harmonium has to go – it will be sold if I can find a buyer.

But who will buy the damn thing, where will I advertise it? Do I really want some strangers wandering round my house, then telling people “Guess whose house I was in last week? Manfred Mann – the house was an untidy mess, and he’s not as tall as he looks on TV! He was a right miserable bastard, he was asking 8 quid for it! I told him, no thanks. He lives in a very ordinary house in Southbrook Road in Lee Green. You would have thought he would have been somewhere a bit better than that.”

Maybe I won’t sell, it looks nice; it can stay, even if I don’t play it any more…

One day the phone rings, it is John Mayall [Blues musician] who lives down the road at number 17.

“Hi Manfred, would you consider selling your harmonium? Paul McCartney is here at the moment, he is looking for one.”

Duh… Do lions eat meat? Do muslims believe in Allah? Was Hitler a racist?

“We’ll come round in a short while.”

I am really excited. Paul McCartney – a real, actual Beatle, is in person coming to our house. I am not cool. I am a huge fan, just like everyone else. I wonder is he as tall as he looks on television. 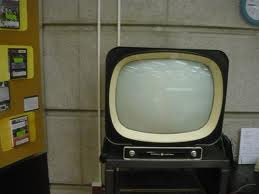 Well an hour or so later the doorbell rings, and there at the door is John Mayall with Paul (who isn’t quite as tall as he looks on television). I coolly show Paul my old harmonium. He seems interested and asks me “How much?”

I do something really stupid. Normally it would be £8, but I lose my moral compass; here is the opportunity to make a killing. Paul McCartney is a rich man: what is another £4 to him? Ha Ha Ha! I will take advantage, I will exploit the innocent Beatle who has wandered into my lair.

The sale is off.

Does Paul hang around and chat over a cup of tea? Do we swap funny stories about touring, the pressures of being famous? Do we bond and remain firm friends for years afterwards? NO.

Paul figures out that I am a miserable, greedy git, who isn’t as tall as he looks on TV, and he and John leave as soon as they can decently get away.

Had I sold Paul the harmonium at the correct price, what might have happened? We might have been phoning each other over the years, keeping in touch, discussing how the harmonium was getting on in its new home. Would our children have become firm friends, laughing together in the warm glow of the old wood of the old harmonium?

No. I probably sold it for £5 in the end. At the time I thought how mean he was about money, how he could so easily have paid that and not even noticed.

Later on I realised that it was to his credit that he knew the value of my old harmonium, and was not prepared to pay the wrong price, or be taken advantage of by me. But it was only much later that I finally realised that it was me who was mean, small minded and a bloody fool.

I should have asked the right price. I was wrong.